Young people in Vietnam continue to be taught at home and at school that same-sex attraction is a “disease” and a “mental illness” that can be cured and treated, despite legislation designed to support and protect LGBTQ+ rights.

Stigma and discrimination about sexual orientation and gender identity contribute to the verbal harassment and bullying of LGBTQ+ young people, which in some cases leads to physical violence, according to a report published on Thursday by Human Rights Watch (HRW).

Activists have called on the Vietnamese government to fulfil its pledges to protect LGBTQ+ rights.

“Largely thanks to a vibrant civil society-led LGBT rights movement, social awareness and acceptance of sexual orientation and gender identity has increased greatly in recent years in Vietnam. The government’s actions, however, have so far not officially reflected these changes,” said Graeme Reid of HRW.

“One result of the sluggish policy change is that social perceptions in many cases remain mired in outdated and incorrect frameworks – such as the widespread belief that same-sex attraction is a diagnosable mental health condition.”

Verbal harassment of LGBTQ+ students is common in public and private schools, both rural and urban, the report claims. Students and teachers commonly use derogatory words, with teachers frequently referring to homosexuality as “mental illness”, and parents threatening violence, expulsion, or medical treatment if children are gay, according to in-depth interviews with 52 LGBTQ youth, teachers and other school staff in Vietnam.

Quân, a gay 18-year-old, told interviewers that his high school biology teacher described “being LGBT [a]s a disease”, while Tuyết, also 18, said: “During a class to educate us about family and marriage, the teacher said: ‘Homosexuality is an illness and it’s very bad.’”

“There’s a lot of pressure on kids to be straight,” one school counsellor told HRW. “It’s constantly referenced that being attracted to someone of the same sex is something that can, and should be, changed and fixed.”

In 2015 Vietnam made international headlines when it voted to allow individuals who have undergone gender reassignment surgery to register under their new gender. Although the nation was heralded as one of the most progressive in south-east Asian , Vietnam has still not passed the bill required to enforce that law, which means discrimination against LGBTQ+ people largely goes unchecked, activists claim. 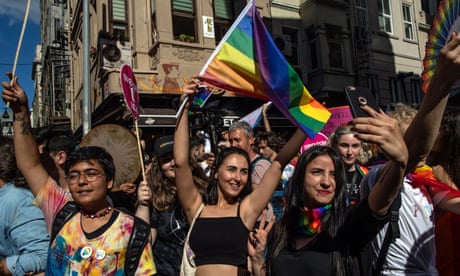 Last year, Vietnam’s education ministry produced guidelines for an LGBTQ+ inclusive sex education curriculum, but it has not yet been implemented in schools. Cambodia, Japan and the Philippines have all recently rolled out legislation to protect LGBTQ+ youth.

“We need stronger steps from the government to tackle discrimination and create a safe and inclusive educational environment for our youth,” said director Ngo Le Phuong Linh of the ICS Centre, an advocacy rights group in Vietnam.