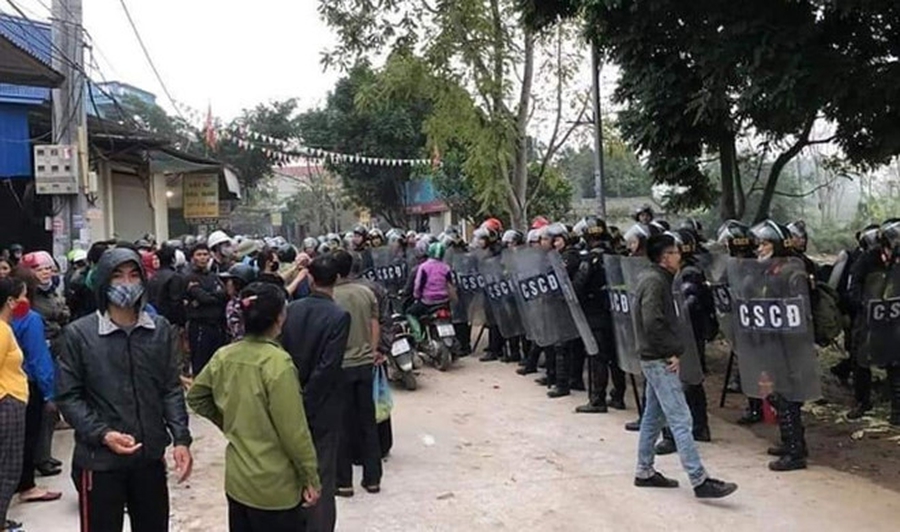 Since January 2020, the Vietnam government has attempted to silence any online debate or criticism of the government’s handling of a land dispute in Dong Tam that left four people dead. The authorities have also convicted well-known journalist and blogger Truong Duy Nhat to ten years in prison and have been seeking to block the dissemination of information online around the COVID-19 pandemic. The government is also modeling China and forcing activists and political prisoners to undergo public confessions on television.

In January 2020, Amnesty International reported that Vietnamese authorities have stepped up a countrywide crackdown marked by arrests and widespread social media censorship as they attempt to stifle public debate about a deadly land dispute in Dong Tam.

On 9th January 2020, police launched an operation in Dong Tam village, 40km from Hanoi, the country’s capital. Dong Tam’s residents have been protesting the lease of the land to a military-owned telecommunications company for several years. 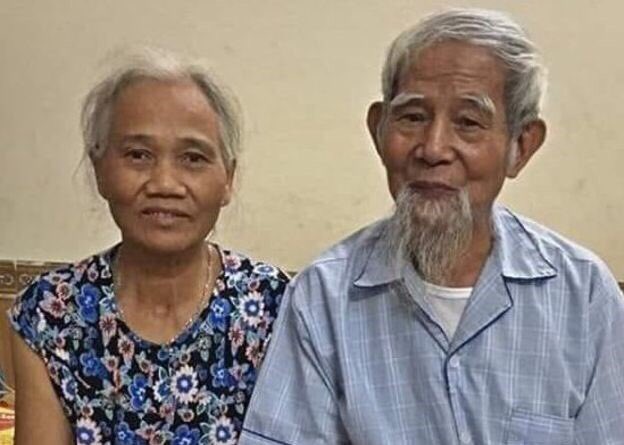 See The 88 Project’s other Tweets

Authorities allege that the villagers used violence and that four people, including three police officers and the 85-year old village leader, Le Dinh Kinh, were killed in the clashes. They added that police arrested dozens for “disrupting security.” Dong Tam village was then cordoned off by security forces.

On 13th January, video testimony from Du Thi Thanh, Le Dinh Kinh’s wife, emerged on Facebook in which she alleges she was severely beaten by security forces to force her to make a false statement that she had used grenades to attack law enforcement officers. A report published in English and titled “Fighting Over Senh Field: A Report on the Dong Tam Village Attack,” stated that villagers fought back only after being assaulted by police. Twenty seven individuals have been detained incommunicado and lawyers were only able to access them in early March 2020.

As the situation in Dong Tam received huge interest from Vietnamese netizens, the Vietnamese government used heavy-handed efforts to censor discussion on the dispute. Three activists have been arrested in relation to social media posts about the dispute in Dong Tam village, while dozens of Facebook users say they experienced restrictions on their activity.

Police also isolated leading bloggers, based 25 miles away in Hanoi, from reporting on the incident. One well-known citizen journalist, Trinh Ba Phuong, was effectively put under house arrest for his live reporting.

Some Facebook users said they received the following message: “Due to legal requirements in your country, we have restricted access to your profile on Facebook. This means that other people in your country cannot see your profile and may not be able to interact with you over Messenger.” These restrictions were likely prompted by the Vietnamese authorities’ deployment of cyber troop capabilities to flood Facebook with reports complaining of individual users’ social media activity.

Vietnam’s cyber-army, also known as Force 47, was also deployed to counter the content on social media platforms deemed critical of the way the authorities handled the situation. Force 47 also flooded social media with forced confessions in which individuals said they had made petrol bombs and other weapons in order to attack the police.

According to Reporters Without Borders (RSF), Force 47, run by the Ministry of Public Security, has an army of 10,000 cyber-soldiers that combats online “abuses” and “reactionary forces”, meaning those opposed to the government.

The YouTube channel of Radio Free Asia (RFA)’s Vietnamese service, which has half a million subscribers, likewise incurred a penalty from YouTube on the grounds of violating community guidelines, though no further explanation was provided. This prevented the news outlet from uploading videos or live streaming for seven days, although the restriction was subsequently lifted. 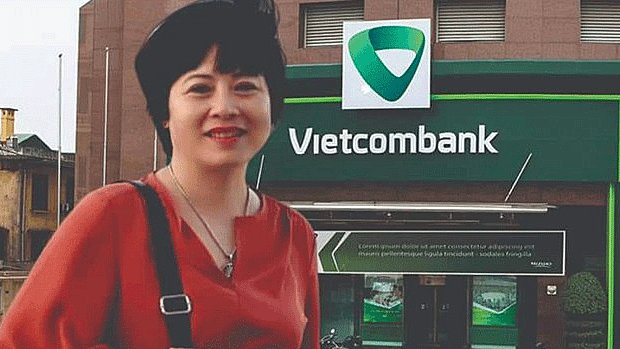 Authorities in Vietnam also froze the bank account of an activist after she collected donations for the family of Le Dinh Kinh. Nguyen Thuy Hanh said that her account containing 500 million dong (USD 22,000) was frozen by the Commercial Bank for Foreign Trade of Vietnam, also called the Vietcombank, on 17th January 2020. It consisted of contributions from about 700 individuals.

After leaving the bank, she was stopped about a kilometer away by uniformed police who took her to the investigation department of the Ministry of Public Security for questioning.

Our analysis on legal issues raised by the recent indictment against dissident journalist Truong Duy Nhat for “abuse of position,” and why the charge against him is politically motivated: #Vietnam #politicalprisoner https://the88project.org/update-on-truong-duy-nhat-case-indictment-issued-raising-questions-regarding-vietnamese-land-law/ …

See The 88 Project’s other Tweets

In March 2020, a Hanoi court sentenced well-known journalist and blogger Truong Duy Nhat to 10 years in prison for “defrauding the public” while working for a state-owned newspaper in the central city of Danang in 2004.

Nhat’s attorney, Dang Dinh Manh, told VOA’s Vietnamese Service that his client did not confess to any crime during the half-day trial, which numerous human rights groups are calling a politically motivated campaign to silence the reporter.

According to Vietnam’s state-run press, Nhat, as bureau chief of the Dai Doan Ket (Great Unity) newspaper in Da Nang city from 1998 to 2011, “used his influence” with the Da Nang People’s Committee in 2004 to buy public land for use as a newspaper headquarters. According to the indictment, the land was acquired at less than its proper value, for which the state incurred a loss.

Nhat had been held in pre-trial detention in Vietnam since 28th January 2019, two days after he went missing from a shopping mall in Bangkok, Thailand.

“Truong Duy Nhat was convicted for his journalism, not the bogus charges Vietnamese authorities dreamt up to silence his critical voice. Vietnam must stop jailing journalists on arbitrary and trumped-up charges.”

Reporters Without Borders ranks Vietnam 176th out of 180 countries in its 2019 World Press Freedom Index.

According to Defend the Defenders in their weekly report, the government has threatened to impose hard punishment on a well-known social media commentator, believed to be Dang Nhu Quynh, for “disseminating fake news on COVID-19 which causes social disorder” amid increasing crackdown on online government critics.

The Ministry of Public Security has stated on its website that the Department of Cyber Security and High-tech Crime Prevention has summoned the individual for questioning about his online posts.

Dang is accused of obtaining information, mostly from state agencies, adding his personal views and posting on his Facebook account. Police have accused Dang of disseminating “fake news” and “unverified information,” and allowing other Facebook users to make comments unfavorable to the regime.

Dang was said to have disseminated more than 200 articles regarding COVID-19 infection in different localities in Vietnam since February 2020. Police said his posts have caused social disorder, affecting people’s normal lives by causing many of them to resettle and store food and necessities. He has been forced to remove his 216 posts regarding COVID-19 infection in Vietnam.

Vietnam’s authorities have been cracking down on Facebook users and bloggers who try to deliver timely and valuable information about the deadly Covid-19 outbreak given that the state-controlled media implements strict censorship.

By mid-March 2020, Defend the Defenders stated that Vietnam’s state-controlled media reported that 654 individuals on Facebook had been summoned to police stations for interrogation about their posts on the social network regarding the deadly coronavirus outbreak, of which 146 have been fined.

On 5th February 2020, it was reported that Vietnamese Prime Minister Nguyen Xuan Phuc had signed a decree (Decree No 15/2020/ND-CP) stipulating sanctions against those spreading fake news and rumors on social media in response to the novel coronavirus. The new decree, which specifies fines in the fields of the post, telecommunications, information technology, and radiofrequency, will take effect on 15th April 2020.

An administrative fine of VND10-20 million (USD 430-860) can be imposed on people who use social networks to provide and share fake, untruthful, distorted and slanderous information. Those who share information that promotes outdated customs and superstition; describes details of horror, scary accidents, and criminal actions; causes confusion among people; or incites violence, crimes, and social issues face the same penalties.

The penalties can also be imposed on those who provide or share publications that infringe upon intellectual property rights or are banned from circulation in Vietnam; images of maps that do not show or improperly display Vietnam’s sovereignty; or links to banned content on the Internet.

The new decree replaces an older one (No 174/2013/ND-CP) issued in 2013, which does not contain any provisions that criminalize fake news.

On 19th March 2020, it was reported that a Vietnamese court sentenced two Hmong ethnic minority men to life in prison for attempting to overthrow the state and establish a separate state in a rural district of north-west Vietnam.

Sung A Sinh and Lau A Lenh were found guilty of masterminding a plan to establish a Hmong state in the Muong Nhe district of Dien Bien province between August 2018 and March 2019 and of manipulating others to achieve their goal. They also sought to issue their own currency and build an army, the court said.

The ethnic Hmong is a group that in the late 1980s began converting to Christianity after listening to an evangelical radio program hosted by Protestants, broadcast from Manila. There are an estimated 300,000 Hmong Christians living in Vietnam, where the communist government is suspicious of all religions, particularly Christianity, which is associated with former invaders, France and the US.

The NGO, Vietnam Committee on Human Rights (VCHR) submitted a report to the United Nations documenting the persecution endured by the Hmong in Vietnam from 2002 to 2017. They include threats, coercion, torture, prison sentences and even death in police custody.

China model of forced confessions on television being copied

Our ground-breaking new report is out! The first study of Vietnam’s rights-abusing and illegal practice of parading detainees on television to make coerced confessions. #CoercedOnCamera Check it out here: https://safeguarddefenders.com/en/blog/coerced-camera-how-vietnam-forces-detainees-confess-tv … 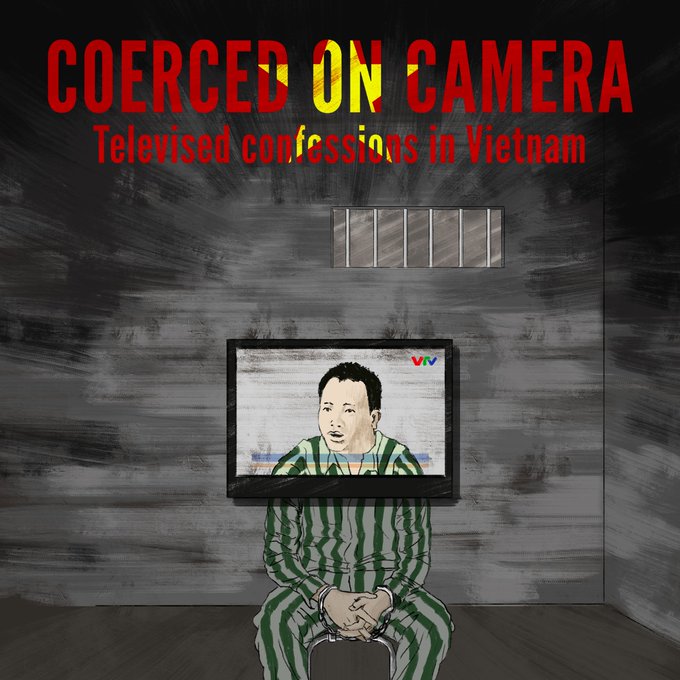 According to a report by NGO Safeguard Defenders, Vietnam is adopting the techniques of fellow communist state China when it comes to televising forced confessions of human rights advocates and other political prisoners.

In the report “Coerced on Camera: Televised Confessions in Vietnam,” Safeguard Defenders identified 21 people since 2007 who had been forced by authorities to confess on TV, and found videos for 16 of them. Of the 16, 14 were human rights defenders — rights lawyers, citizen journalists, villagers protesting against land grabs – while one was a state oil executive accused of corruption and another was a farmer charged with murder.

The report noted that Hanoi’s forced-confession broadcasts have long been less sophisticated than those of Beijing but said Vietnamese authorities have started raising their game in recent years.